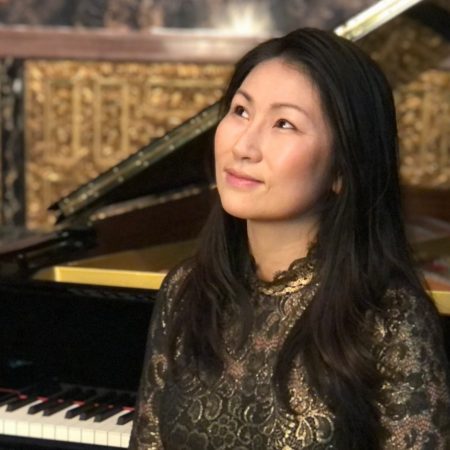 Tae Yeon Lim is known for her powerful performance style, combining energetic delivery with an intelligent touch. Originally from South Korea, Tae currently lives in Los Angeles where she is active as a pianist, chamber musician and conductor. Revealing a talent for music at a young age, she was selected as a soloist with the Sorisam Chamber Orchestra at 11 years old, performing Mozart’s Concert Rondo. She was also invited to perform in the prestigious Chosun Journal Young Artist Debut Series at Sejong Arts Hall, in Seoul. Her work as a collaborative pianist was recognized early, as winner of the Busan Duo-Piano Competition. Tae studied with the pioneering American pianist James Tocco at the Manhattan School of Music before earning a D.M.A. at the University of Southern California, Thornton School of Music, where her mentor was the renowned piano pedagogue Stewart Gordon.

Tae has since developed an international career spanning Asia, Europe, and the United States, including performances in Korea, China, Germany, Italy, and Austria. Her project, Joachim Raff: Complete Music for Cello and Piano, released on the British label Toccata Classics, includes the world premiere recording of the Sonata for Piano and Cello (Op. 183) by the 19th century Swiss-German composer. Recent solo recitals include a concert at the Richard Nixon Presidential Library and Museum, the Brand Library and Arts Center, and the Alhambra Performing Arts Center, among others. An active concerto soloist, Tae has performed with orchestras in Beijing, Seoul, and particularly in Southern California, including the Los Angeles Sinfonietta and the Vicente Chamber Orchestra.

Tae is currently an assistant conductor of Vicente Chamber Orchestra and a music director/organist at St. Timothy Catholic church.