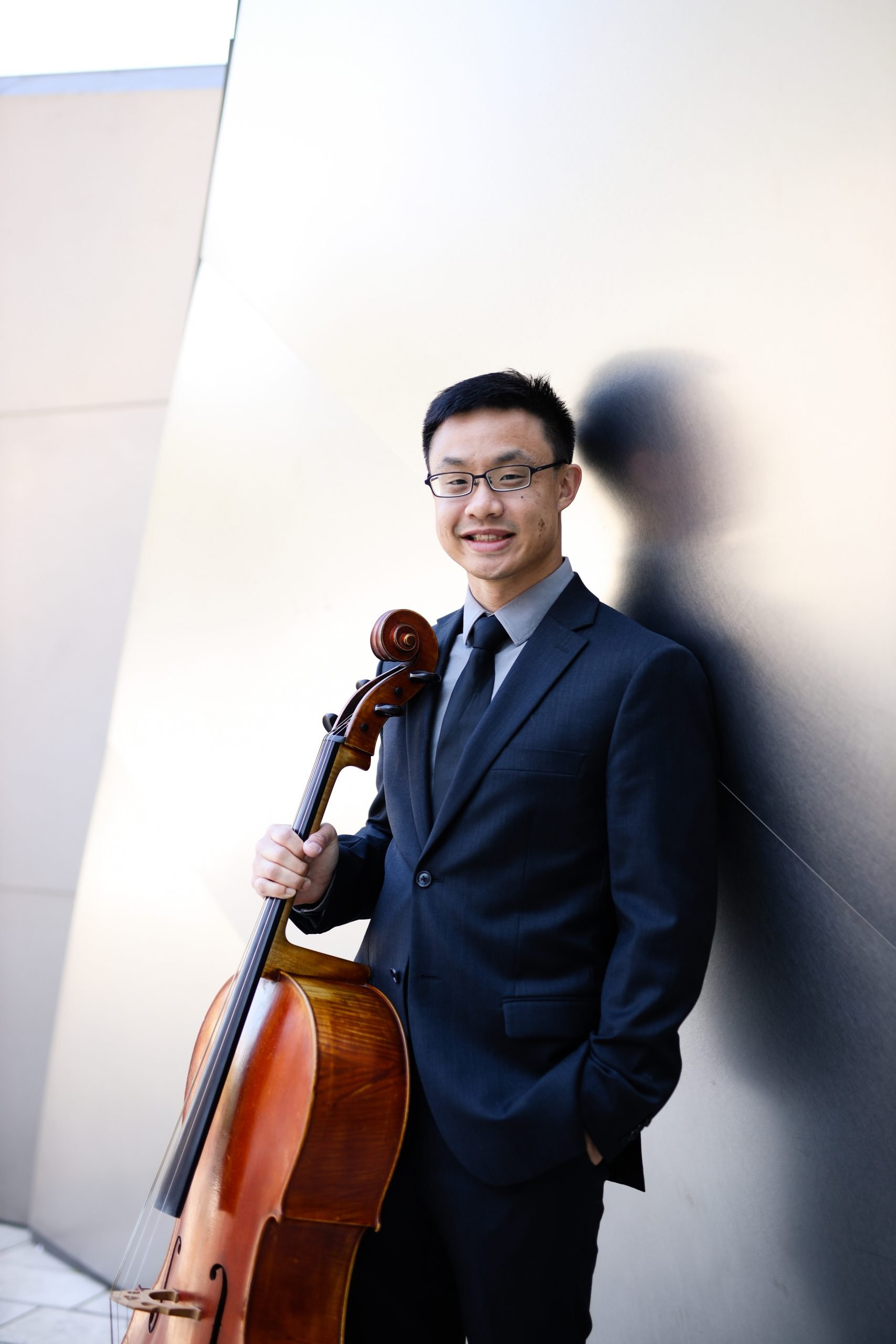 Praised for his lush, professionally robust string sound, cellist Allan Hon enjoys a multi-faceted career, from concert recitalist to chamber and orchestral musician, and has performed for audiences in Asia, Europe, Canada, and North America. A prizewinner in many competitions, he is a strong advocate of chamber music, and is the cellist of the Zelter String Quartet, the Gold  Prize winner of the 2021 Chesapeake International Chamber Music Competition. He has also performed with some of the leading artists today, such as Nicholas McGegan, Yayoi Toda, and the Attacca String Quartet. Allan serves as associate principal of the Long Beach Symphony Orchestra, as well as substitute cellist for the San Diego Symphony Orchestra and the New Haven Symphony Orchestra. He has also performed with the Kaleidoscope Chamber Orchestra in Los Angeles, Thornton Edge, The Second Movement Series, and Cantata Profana, and was also a part of the Hyogo Performing Arts Center Orchestra in Nishinomiya City, Hyogo, Japan, for their 2015-2016 season.

Beyond classical music, Allan is also active in the studio scene, performing on the soundtracks for television shows and video games such as The Orville, Kingdom of Hearts 2.5 ReMIX, and Final Fantasy XV. He has also performed with the Boston-based Videri String Quartet at PAX East 2022 in Boston and at MAGFest 2018 in Washington D.C., and with Herencia Flamenca in 2018, where performed flamenco shows alongside accomplished singers, dancers, and musicians from Spain and Venezuela. Allan holds a Bachelor of Music degree from the Shepherd School of Music at Rice University, where he studied with Desmond Hoebig, a Master of Music and Master of Musical Arts degree from the Yale School of Music, where he studied with Aldo Parisot, and a Doctor of Musical Arts degree from the University of Southern California’s Thornton School of Music, where he studied with Andrew Shulman. When he’s not playing the cello or partaking in musical activities, he loves exploring new places and looking for the next tastiest brew.