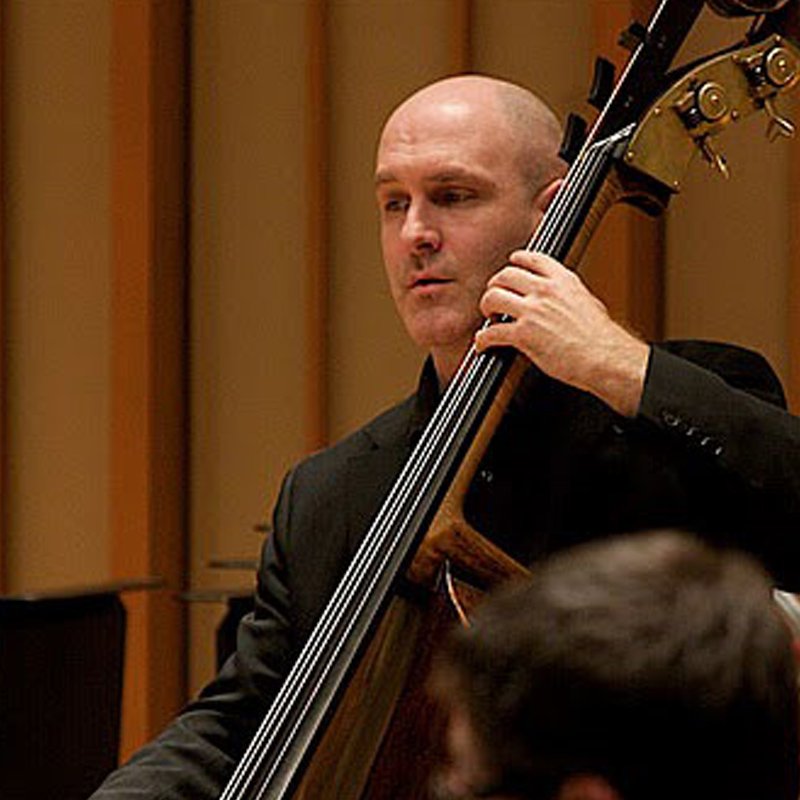 Geoff Osika owes his musical training to John Schaeffer, former principal bass of the New York Philharmonic, who conditioned him to gain acceptance at both the Juilliard School and the Curtis Institute of Music after only three years of study; and Roger Scott, former principal bass of the
Philadelphia Orchestra, who taught him the craft of orchestral bass playing. After Curtis, Geoff embarked on several years of full-time orchestral jobs. From 1992 to 2003 he held positions with the Hong Kong Philharmonic, the Orquesta Sinfónica de Galícia in Spain, and the Oregon Symphony.
He is the principal bass of the Long Beach Symphony Orchestra and a regular substitute with the L.A. Opera, L.A. Chamber Orchestra, and the
Pasadena Symphony. Geoff is currently active in the recording industry in Los Angeles, having worked on many motion pictures. During the pandemic
he was able to reconnect with old friends, enjoy cooking and drinking wine, and learn to appreciate life at a slower pace.