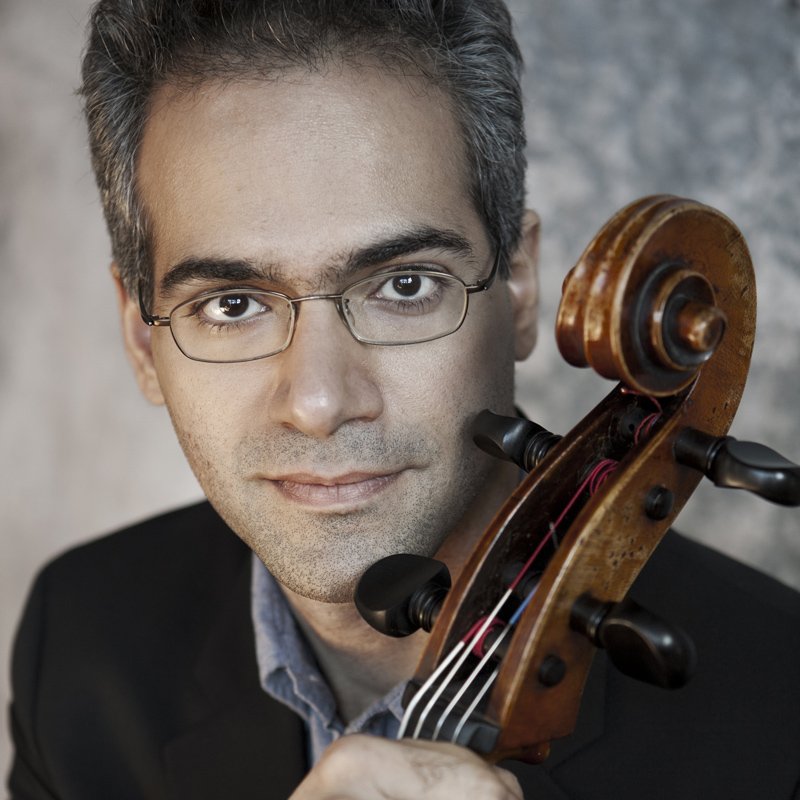 Cellist Joey Amini has performed as soloist, chamber, and orchestral musician throughout North America, Switzerland, France, Germany, Japan, and Botswana. His many performances include his New York debut recital in Alice Tully Hall at Lincoln Center and Beethoven’s “Triple Concerto” with the Oakland Symphony; at the Ravinia Festival, Smithsonian Institution, Verbier Festival and Academy in Switzerland, and the Rencontres Musicales d’Evian; on Great Performers at Lincoln Center and the Curtis Alumni Recital series; and for The Creative Coalition and Americans for the Arts. He has also performed chamber music with André Watts, Barbara Hendricks, Nigel Kennedy, Cho-Liang Lin, Mischa Maisky, Julian Lloyd Webber, and Sharon Isbin. A graduate of The Curtis Institute of Music- where he studied with David Soyer, and The Juilliard School- where he studied with Aldo Parisot, Joey Amini was a co-founder, the Artistic Director, and an Artist Member of the New York-based chamber music society, America’s Dream Chamber Artists, with whom he performed throughout the U.S.

Joey Amini has performed as the cellist of Mark O’Connor’s piano trio- including with Rosanne Cash, as Principal Cellist of the Orpheus Chamber Orchestra and the New Jersey Symphony Orchestra, and with the Los Angeles Philharmonic, the Los Angeles Opera Orchestra, and the Zurich Chamber Orchestra. He has performed countless world and U.S. premieres of solo and chamber music works; his performances have been heard on NPR, WQXR, and WNYC; and he has been featured in The New York Times, The Wall Street Journal, The Washington Post, Houston Chronicle, and Tages Anzeiger (Switzerland); Malibu Magazine, Musical America, Chamber Music, The Strad, Symphony, and Muso magazines; and on Voice of America broadcasts.