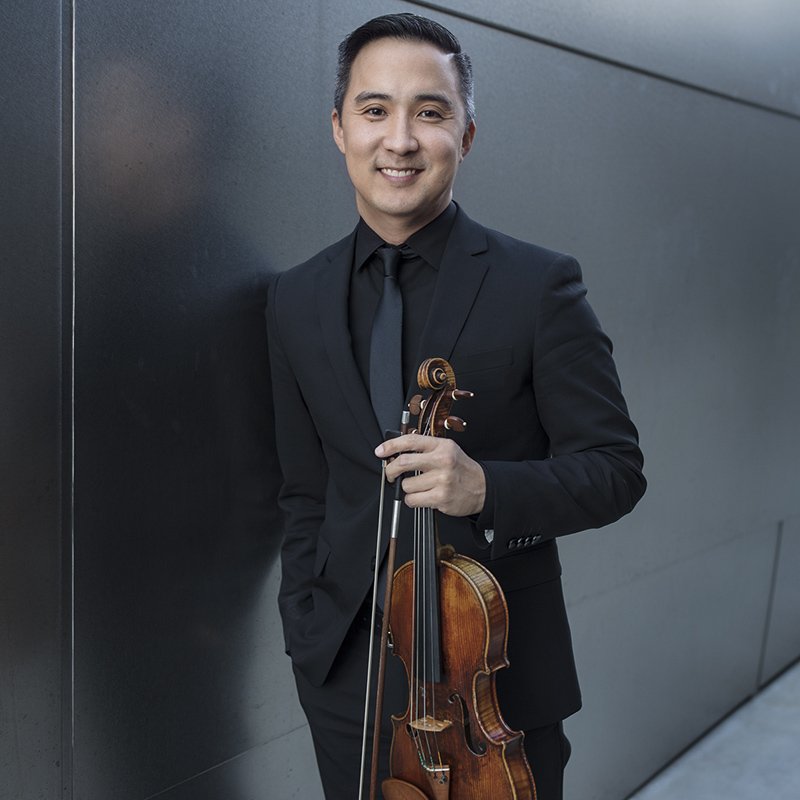 Violinist JOHNNY LEE joined the Los Angeles Philharmonic in 2005 under Esa-Pekka Salonen. Previously, he was Assistant Concertmaster of the Charlotte Symphony and Concertmaster of the Canton Symphony. He was also a member of the Grant Park Orchestra in Chicago.
Johnny has been a featured soloist with the LA Phil twice, performing Vivaldi concertos at Walt Disney Concert Hall and at the Hollywood Bowl. He has also appeared as a soloist with the Charlotte Symphony, the Moscow Chamber Orchestra, the Ohio Chamber Orchestra, the Spoleto Festival Orchestra, and various local orchestras here in Los Angeles.
An avid chamber musician, Johnny appears frequently on the LA Phil’s Chamber Music series. As a founding member of Ensemble Ditto, Johnny helped introduce more than 15,000 people to chamber music as South Korea’s most popular classical musical presentation of 2008. He has recorded three albums with the group, performing works by Saint-Saëns, Schubert, Schumann, and Tchaikovsky.
Johnny began playing the violin at age five and won his first competition three years later. An Ohio native, he spent his weekends taking lessons at the Cleveland Institute of Music (CIM). After graduating from Harvard College with a cum laude degree in Economics, Johnny realized music was his true passion and returned to CIM, where he received his master’s degree in 2003.