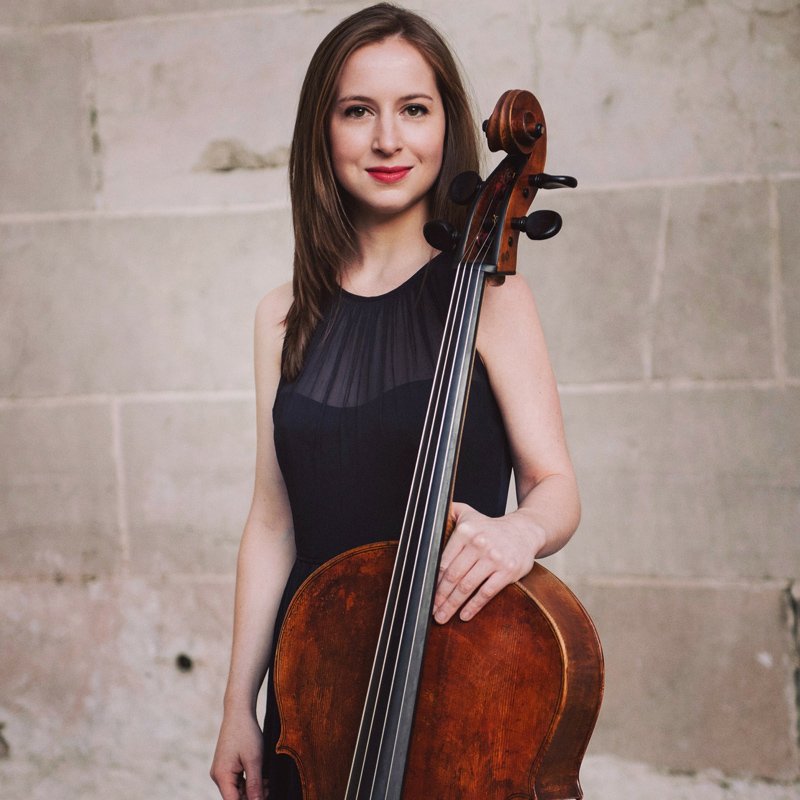 French cellist of Juliette Herlin has performed throughout Europe, the U.S and Asia. As a soloist, chamber musician, and recitalist, she has appeared in such prestigious venues as the Théâtre des Champs-Élysées, the Musée du Louvre, and the Théâtre du Châtelet in Paris, the Kennedy Center in Washington, D.C., Alice Tully Hall in New York, the Zhuhai and Chonqchin Grand Theaters in China, as well as at the Minsk Philharmony, in Belarus. Recently, she made her South Korean Debut with a performance of Beethoven Triple Concerto with the Gustav Malher Orchestra at the Busan Maru International Music Festival. Highlights of season include a recital at the Chicago Cultural Center as part of the Dame Myra Heiss Memorial Concerts, a 10-city China Tour with the Aletheia Piano Trio, performances as part of the Shenson Chamber Music Concerts (DC), Boston Court Pasadena (CA) and Le Salon de Musiques (CA).
Ms. Herlin has had the chance of working closely with such artists as Itzhak Perlman, Alan Gilbert, Robert Levin, Ida Kavafian, David Finckel, and Joseph Kalichstein. She has been invited to Yellow Barn, the Perlman Music Program Chamber Music Workshop, Music Academy of the West, Encuentro de Santander (Spain), the Festival Pablo Casals (France), and, among others, the Festival Jeunes Talents. Winner of the Yamaha Music Foundation of Europe String Competition, she is also the recipient of first prizes at the International Vatelot/Rampal Music Competition and the UFAM Competition in Paris as well as a Beverly Hills National Auditions winner. After studying at the Conservatoire National Supérieur de Musique de Paris and at The Juilliard School, Ms. Herlin is now pursuing her D.M.A at USC with Ralph Kirshbaum.