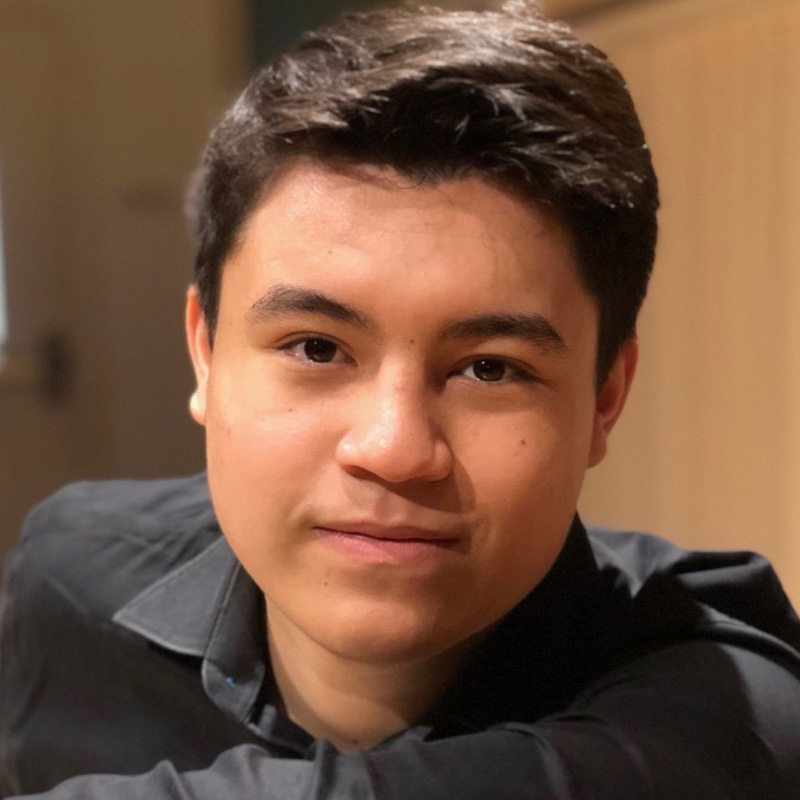 Samuel Glicklich, 21, is currently a Bachelors of Music Candidate at the Colburn Conservatory where he studies with Fabio Bidini. He is also mentored by Jean-Yves Thibaudet.

Samuel has collaborated frequently with world renowned pianist Jean Yves Thibaudet, where they performed as a duo at the Argyros Performing Arts Center, as well as the Wallis Center for the Performing Arts. In addition, Samuel has collaborated with the American composer Eric Whitacre, where he was the featured pianist on Whitacre’s most recent virtual choir, “Sing Gently”. Sam has also performed at Carnegie Hall as a guest of the radio show From the Top, Benaroya Hall, and The Bing Theater at LACMA for the radio broadcast Sundays Live.

Samuel has performed in masterclasses for David Finkel and Wu Han, Vivian Weilerstein, Orli Shaham, Norman Krieger, Ann Schein, Boris Slutsky, Bernadene Blaha, Lucinda Carver, James Bonn, and Peter Takacs.
Samuel has participated in the Aspen Music Festival for the last three years where he has studied with Fabio Bidini, Veda Kaplinsky, and Ann Schein. He has also participated in the Art of the Piano festival as well as the Brevard Music Festival.