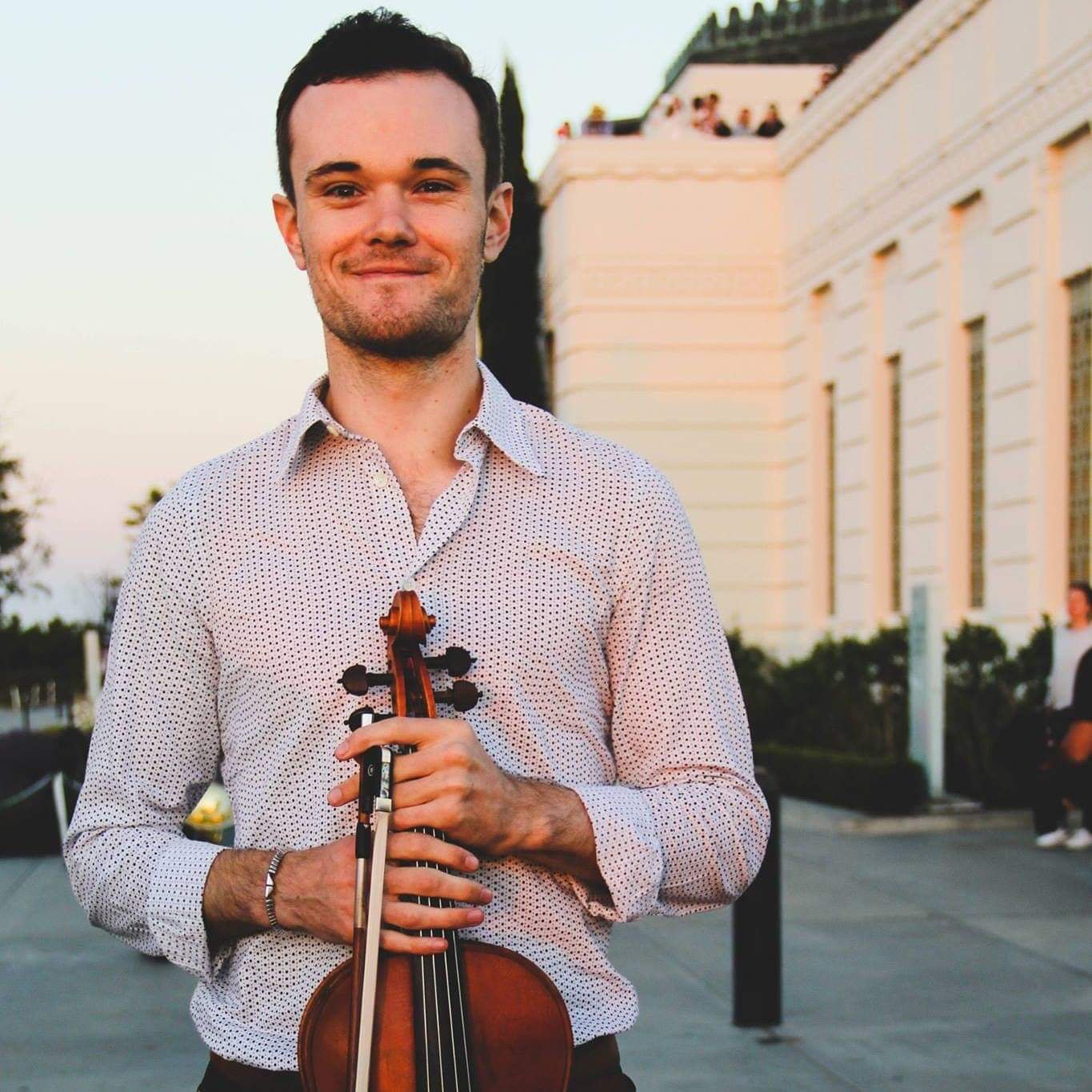 Carson Rick, Viola, was born and raised in the small Southern California town of Solvang. His foremost teachers and mentors are Steven Dann and Helen Callus. In his youth, he studied with
master teachers Diane Byington and Mary Beth Woodruff, the latter who advised him to switch to viola and remains a strong musical influence to this day. Other musical influences include
C.J. Chang, Carrie Dennis, Mark Menzies, Tim Ying, and a wealth of inspiring colleagues.

After graduating from University of California, Santa Barbara, he moved to Los Angeles to work in the field before continuing his education. In this time, he had the opportunity to sub with the
Los Angeles Philharmonic and wild Up Ensemble. He also won positions with the American Youth Symphony and Debut Orchestra. After two years of freelancing, Carson moved to
Toronto to study at the Glenn Gould School of Music with the legendary Canadian violist, Steven Dann, on a full tuition scholarship.

An avid chamber musician, Carson is thrilled to be joining the Zelter Quartet. Before this appointment, he has played in small settings with many inspiring musicians such as Robert
Chen, Barry Shiffman, Steven Dann, Mayumi Seiler, Ernst Kovacic, Stephanie Gonley, and Elaine Douvas. His festival appearances include Domaine Forget, Aspen Music Festival, Hvide
Sande Masterclasses, New Music for Strings in Denmark, and Foulger’s International Music Festival.

Away from chamber music and freelance orchestral and studio work, Carson is a strong advocate of contemporary music. He has performed world premieres of works by Osvaldo
Golijov, Christopher Rountree, Mark Menzies, Rand Steiger, and Vinny Golia. A long lasting working relationship with composer and bassist Miller Wrenn has also led to many premieres
written specifically for Carson.

When not playing or practicing, Carson is an avid chess fan, crossword enthusiast, baker, home cook, and moviegoer.

Carson plays on a viola from 1997 made by the Los Angeles maker Eric Benning.