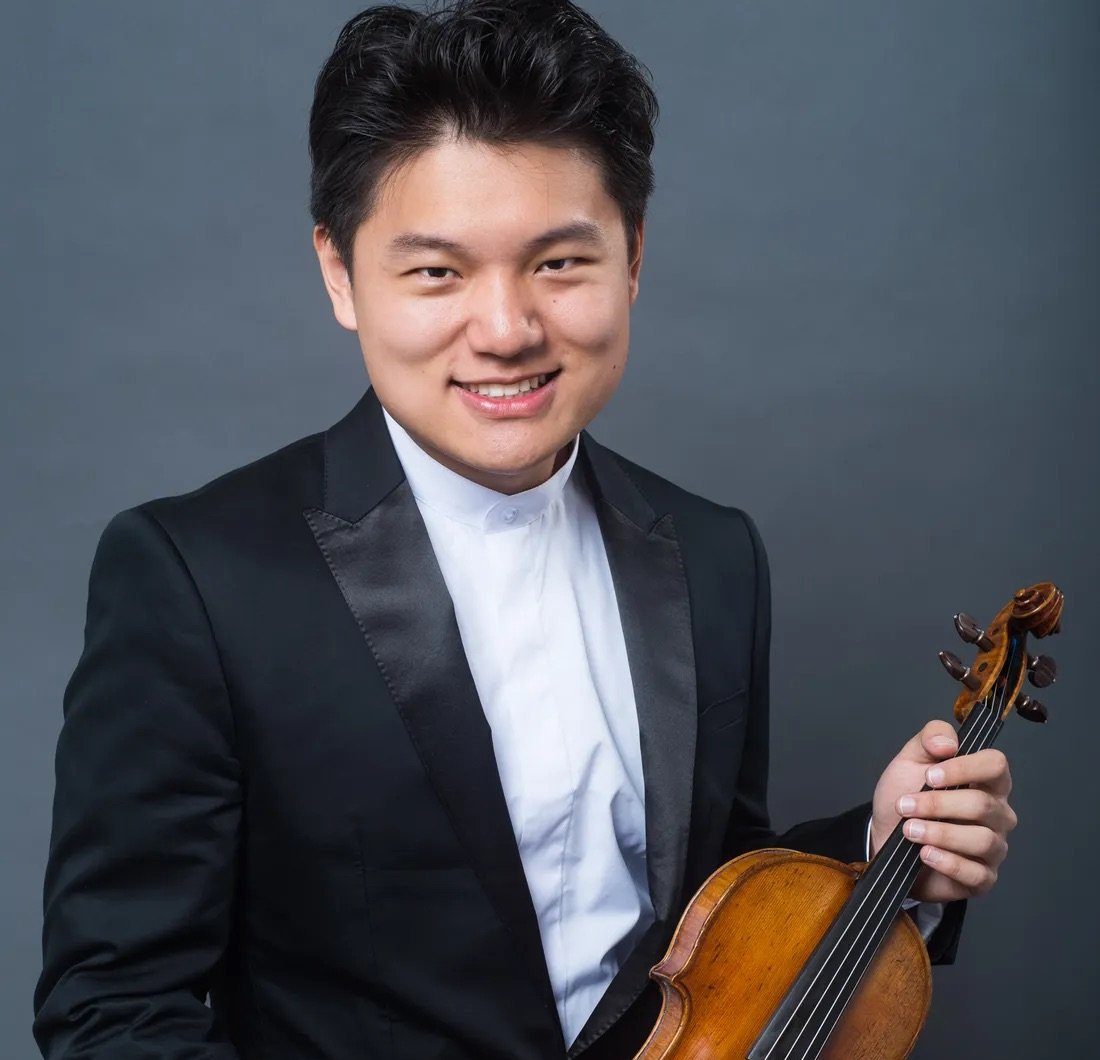 Recent solo appearances include USC Thornton Symphony and Andrés Cárdenes, Downey Symphony Orchestra and Sharon Lavery across two seasons, Chamber Music Society of Colombo with Midori, and his debut with the Pacific Symphony at the invitation of Carl St.Clair in their Summer Series “Symphony in the Cities” in Mission Viejo, Segerstrom Center for the Arts, Musco Center, and Irvine across 10,000+ audiences to major acclaim. Recital highlights include sold-out debuts in San Francisco, Los Angeles, and New York.

As a chamber musician, Strauss has shared international stages with world renowned artists including Shmuel Ashkenasi, Midori, Lü Siqing, Kala Ramnath, Balla Kouyaté, Abeer Nehme, Carol Wincenc, Li Lin, Brian Lewis, Vera Tsu Wei-ling, and Qian Zhou. His festival appearances include Silkroad Global Musician Workshop, Kneisel Hall, Heifetz Institute, and Juilliard Starling-DeLay Symposium. Strauss is a founding member of the Monterey Piano Trio with Ben Fried and Connie Kim-Sheng, and within months of the trio’s formation, they were invited as an Ensemble-in-Residence at the Heifetz Institute and has performed throughout the Los Angeles area to much acclaim. Strauss also closely collaborates and shares the stage as a rising duo with concert guitarist Tengyue (TY) Zhang ever since their roommate days traveling for outreach at Juilliard.

Prior to the violin, his early years as a young boy were spent studying and performing on traditional Chinese instruments, the erhu and gaohu, with his acclaimed family ensemble the Melody of China. Strauss has received significant mentorship with the Melody of China, and continues to appear with the ensemble across major venues and festivals, including S.F. International Arts Festival, The Juilliard School, Davies Symphony Hall, and the San Francisco Herbst Theatre where he made his debut at age 8. With deep musical roots in his Chinese instrumental folk music on the erhu/gaohu and as a classically-trained violinist, Strauss is paving his way as a young ambassador and artist combining both genres on international stages and festivals.

Born in China and raised in San Francisco, Strauss began his violin studies at the age of eight with Pan Zuohan, Elizabeth Liang, and later studied with Chen Zhao. Strauss earned his Bachelor’s degree studying with Catherine Cho at The Juilliard School on full scholarship. He recently graduated and obtained his Master’s degree as a Starling Fellow from the USC Thornton School of Music under Midori Goto and Pamela Frank.