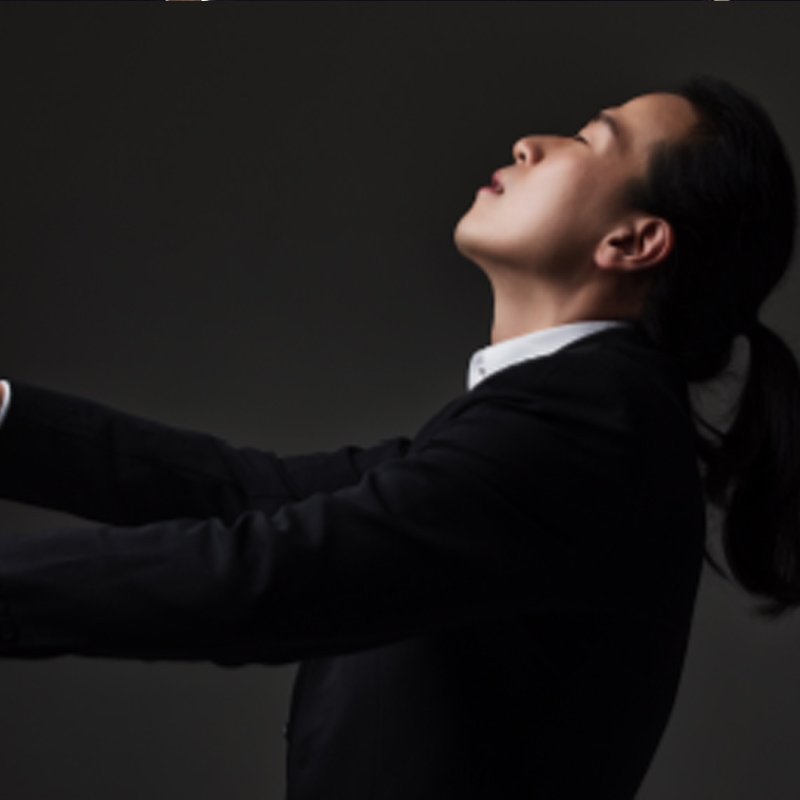 “…. a pianist of utmost beauty combined with fantastic technique… above all, his temperament, stage personality, and communicative powers make him one of the most natural concert pianists of his generation.” – Vladimir Krainev Pianist Sung Chang is known for his outstanding technical abilities, musical maturity, and sensitive yet powerful expression that shines through the keys. He has received critical acclaim for his “poetic imagination, superb technical skills, and, most importantly, a deep emotional connection to whatever music he plays” by Jeffrey Kahane. With over 20 concerti and many complete recital programs in his repertoire, Chang has been engaged as a soloist in Germany, Italy, The Netherlands, France, Czech Republic, Japan, Taiwan, China, Korea, and the United States. He has performed solo recitals at the Concertgebouw, Teatro Lirico di Cagliari, and Seoul Arts Center. Last season alone, Chang performed in more than fifteen major cities across the U.S., including Walt Disney Hall in Los Angeles. He also has appeared as a guest soloist with KBS Symphony Orchestra, Kyung-Ki Philharmonic Orchestra, HMTM Hannover Orchestra, Taejon Symphony Orchestra, Wonju Symphony Orchestra, and KNUA Symphony Orchestra. In the U.S., he performed the Liszt’s thunderously virtuosic Piano Concerto No. 1 with the Phoenix Symphony Orchestra under the baton of Maestro Case Scaglione, and the Greig Piano Concerto with the Louisiana Philharmonic Orchestra under the baton of Maestro Carlos Prieto. Born in Seoul, Korea, Chang began his musical adventure as a young child, inspired by his pianist mother. He still remembers that “enchanted” moment when the beauty of music first struck him. From then on, the piano became his entire life, and he realized that he was capable of giving great joy through his music. Sung Chang gave his debut concert at the age of five. At 16 he was accepted into the prestigious Korea National University of Arts, and his musical virtuosity attracted international attention when he became the youngest ever to win the Nagoya International Piano Competition in Japan, where he also received the Chamber Music and Japan Expo special prizes. As a teenager Chang found it difficult to pursue what he saw as the pure art of music amidst the intense competition and pressure of performing at a high level. After completing his B.A. degree at the young age of 19, he began seriously to find his purpose. It was when he met the legendary pianist, Vladimir Krainev, that his passion was rekindled. Chang traveled to Hannover, Germany, to continue his studies under the tutelage of Vladimir Krainev and Ewa Kupiec, and completed the Master of Music “Künstlerische Ausbildung” and a postgraduate program “Soloklasse” at the Hochschule für Musik, Theater und Medien Hannover. Since then Chang has gone on to win more than ten international competitions around the world including in the United States, Germany, Italy, Korea, and Japan. His impressive list of awards from the major international piano competitions includes- the first prize and the audience prize at the ChopinGesellschaft Hannover Internationaler Klavierwettbewerb, the first prize and the special award for the “Best Performance of a Virtuoso Piece” at the Bösendorfer USASU International Piano Competition, a silver medal with two special prizes in “Best Performance of a Work by a Classical Composer” and “Best Performance of a Work by a Spanish, Latin American or Impressionistic Composer” at the San Antonio International Piano Competition, and a silver medal at the New Orleans International Piano Competition. Chang completed his studies at the USC Thornton School of Music with Professor Jeffrey Kahane. As a founder of Los Angeles Ensembles quartet, he is also known for his passion for chamber music. He is an active chamber recitalist in the greater Los Angeles area. He garnered the first prize, audience prize, and the Schubert special prize in the International Schubert Competition for Piano Duo. Most recently, he and the violinist YuEun Kim received the 2nd prize at the Boulder International Chamber Music Competition: The Art of Duo. In the winter of 2018, the duo performed the complete Beethoven Violin Sonatas, all within a span of three weeks, at the USC Thorton School of Music. He currently serves as a music director/conductor for the Beethoven Project Orchestra in Orange County, California. They performed the Beethoven Piano Concerto No.1, 2, a Triple Concerto in this past year, and to perform Beethoven Piano Concerto No.5 in May 2019. Sung Chang’s enthusiasm and passion for music never stop. “If I could divide my life as a pianist into three periods, the first would be my early childhood in Korea – where I learned HOW to play the piano. The second would be my twenties in Germany – where I FOUND the purpose and the depth of being who I am as a pianist. And the third, my life now in America – where I wholeheartedly desire to find the ways I can GIVE back to the community. I believe it is one of the responsibilities of being a musician.” Chang currently resides in California with his wife, pianist Esther Lee, and their lovely cat, Ahri.