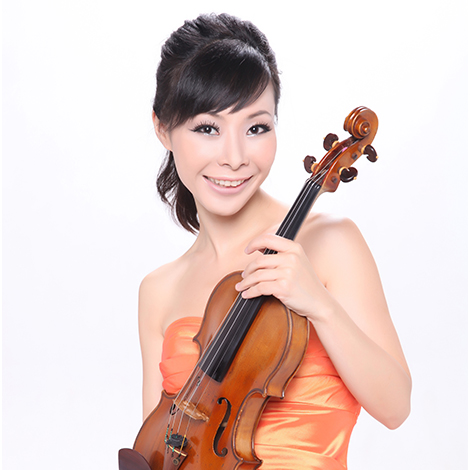 In the biography of Lord Yehudi Menuhin‟s book “Unfinished Journey”, he dedicated several paragraphs to Ms. Le’s musicianship “ One of these – Weiwei Le from China … She stole everyone‟s heart. She played in a way that enables each note to be a “happening”, with a continuity which was equally caressed, nurtured and respected.” World-renowned violin pedagogue Mr. Donald Weilerstein described her playing as “She is a very fiery player – and she’s very virtuosic also. She moves around the instrument really very very well and at the same time she can play with a lot of expression depth. She has a lot of flair and intensity in her playing, and she has a real musical personality.”

As a devoted chamber music player, Le collaborated with top musicians and quartets, including Richard Stoltzman, William Preucil, Christopher O’Riley, Sara Chang, Eliot Fisk, the Ying Quartet and the St. Petersburg Quartet, and gave many concerts in North America, Mexico, Europe, and Asia. She was the first violin of Vega Quartet in 2006-2008, the Quartet-in-Residence at Emory University in Atlanta, Georgia. The main concert project of the 06-07 season includes “Bach and Bartok” – the complete six string quartets by Bela Bartok combined with the 6 solo violin Sonatas and Partitas and 6 cello Suites by J.S.Bach played in six concerts throughout the season. The quartet also appeared at Weill Hall at Carnegie Hall in February of 2007, and made their Zankel Hall debut with Richard Stoltzman.

Wei-Wei Le currently resides in Las Vegas, NV. She is a Professor of Violin at the University of Nevada, Las Vegas. As a passionate educator, she enjoys teaching private lessons and coaching chamber music. Her students have won top prizes in national and international competitions. Vegas Seven Magazine names Le “Best Classical Musician” in the “best of city” issue.

In her spare time, Ms. Le is very interested in social volunteering. She is an active supporter of the Red Cross and World Food Program.