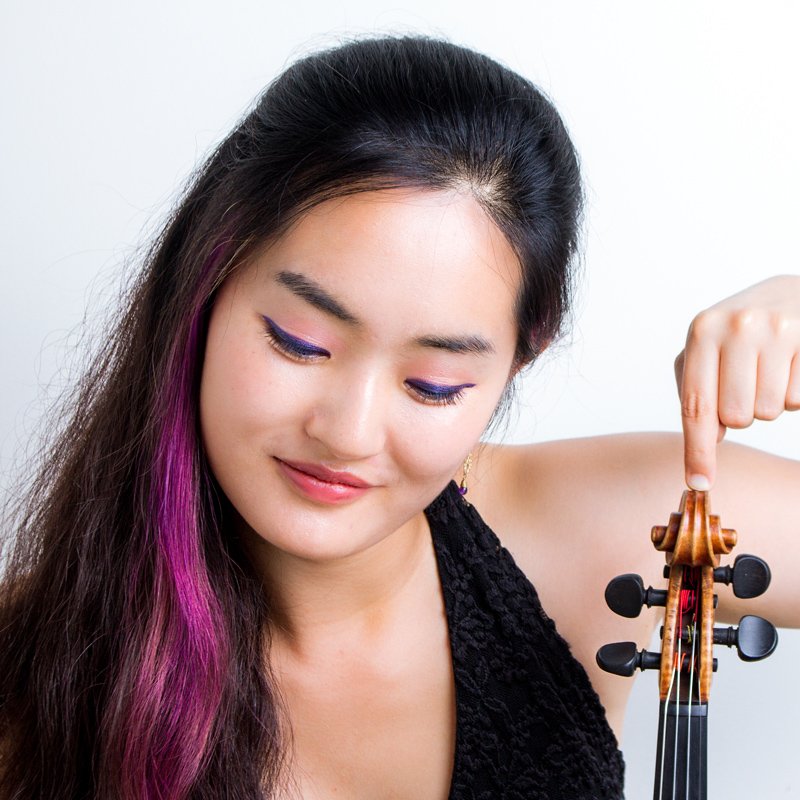 Originally from South Korea, Violinist YuEun Gemma Kim started playing piano at age 5 and violin at 7, although she enjoyed singing Korean and American pop songs from the 80’s with her father the most. She also used to play organ every Wednesday at 6am at the church services.

YuEun is a core member of Delirium Musicum, self-conducted chamber orchestra based in Los Angeles. During the pandemic, Delirium Musicum created MusiKaravan that took YuEun and Artistic Director Etienne Gara to the road in a vintage Volkswagen bus to perform socially-distanced concerts for farm workers, winemakers, random passerby, and even the occasional ostrich. The video episodes of this musical journey will start streaming in late spring 2021.

Her Chopin’s Nocturne video on Youtube has over 8 million views and the funniest moment in her performing career was when she noticed Itzhak Perlman was in the audience; she couldn’t turn the pages and she ended up playing the whole Haydn string quartet by heart.